A Crevice Garden in Christchurch, NZ 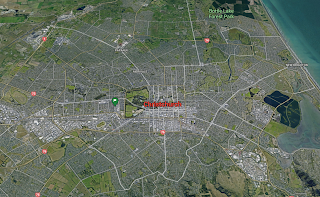 The largest city on New Zealand’s South Island wraps around a historical and expansive botanic gardens and park, which itself is outlined by the Avon river like the bezel for a jewel. 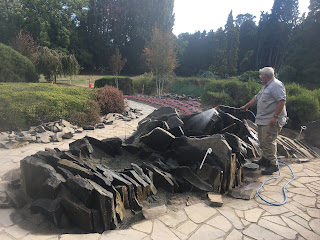 There is a new curator, Grant, (above) for the rock garden, and the local alpine plant club, NZAGS is eager to aid him in the complex nuances of Rock Gardens. In turn, Grant has an amazing breadth and depth of horticultural knowledge and experience to infuse into his work and the alpine club. The visionary director of the Christchurch Botanic, Wolfgang Bopp (previously of Hiller Garden in the UK) encourages this connection and exchange between serious hobbyist clubs (which are repositories of expertise) and public gardens; a wise move that many botanics don’t make. I liked the guy instantly because he wore a tiny vase as a jacket pin with fresh flowers in it.

Anyhow, the finest way to solidify a working relationship between club and botanic was with work: to collaborate on a new exhibit  (see link for video, etc) and renovation in the rock garden- which is where I was fortunate enough to play my role as designer/builder for a crevice garden in the Christchurch Botanic. Crevice gardens are relatively few and new in New Zealand, only in the back garden of alpine gardeners like Michael in Lake Tekapo- but not in public gardens yet. 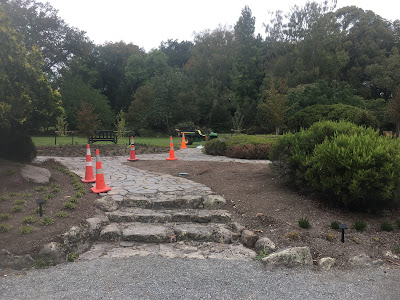 We took some time determining how to add a bold new feature without it looking out of place, (“Like a pimple” as Wolfgang said- I like that) and honoring the existing design of the rock garden at large. We wound up siting it partway into the middle of a recently renovated heath and heather collection (Erica/Calluna) but with a few “island” beds across a path, and plan for a few to actually bisect the main path and appear within the alpine garden itself across the main path.

A collection of slivered stones has always looked horrible next to massive boulders to me, so this was just the second time ever (this being crevice garden #41 for me) I’d dealt with that- the solution being to create masses and shapes with the small stones that echo the size and character of nearby large stones. Luckily, the new and old stones are also similar in color. 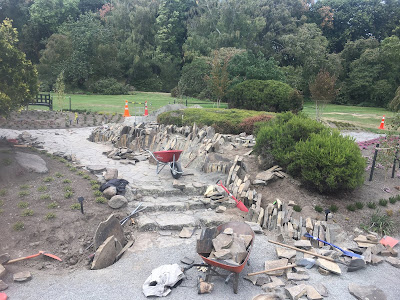 The alpine plant club, NZAGS blew me away. They were as serious as any Scottish or British club but more diverse in their plant interests, and were my introduction to the indescribable hospitality, humour, level-headedness, craftiness, and hard-working dedication of New Zealanders. I got to know all of them individually on a plant-chasing field trip, so I felt like I had friends in them by the time we worked together on the rock garden. 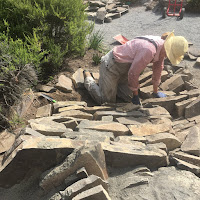 What I was not prepared for was that the club would take what they learned from my lecture so quickly and bravely start setting rocks- diving fearlessly headlong into learning a skill that I have admittedly failed to be able to teach people time and time again. But they learned it. Oh yes. It was my job to ensure the garden design was cohesive and that is was structurally sound as well as practical to grow plants in, so I could hardly keep up with them in not only answering their questions while they all fast-tracked their new skill, but also to guiding the character of the garden to maintain a motif that made it look whole and unified. 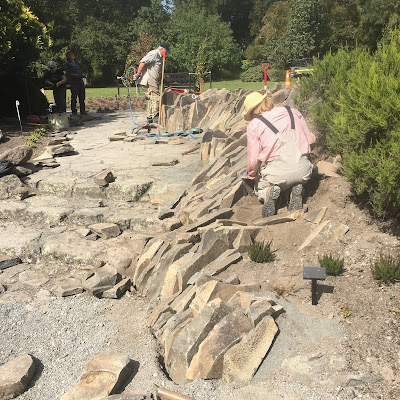 Suzanne, above, did some awesome work in and out of the garden- I realized late-game that she's already  written a blog on the project that is better than mine!  Check it out here. I reckon she will build her own and I won't be surprised if she does some innovation no one has done before. 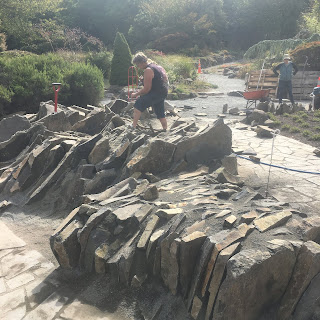 I have a lot of experience imagining 3-D objects and spaces in the garden setting; I can envision a crevice garden, finished, in my mind, before a project starts. I must- it is my job. But when we swept the sand and dust off of the stones, and washed it off, I was startled by the beauty of what I saw.  Truly, the quality of the detail of the rock work across the installation- thanks to each volunteer- was far better than if I had been left to do it alone and even spent weeks on it.  I was so humbled by watching in real-time: my passing of a baton of my tricks and experiences to not one person, but a group, and watching them sprint off with finesse ahead of me. I had never experienced that kind of synergy even with people I’d paid as staff for years when I had a landscaping business. It was exhausting and it was amazing. I left with my head spinning and my heart exploding. 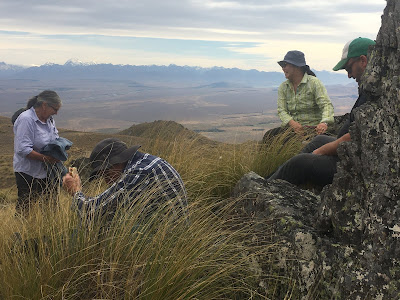 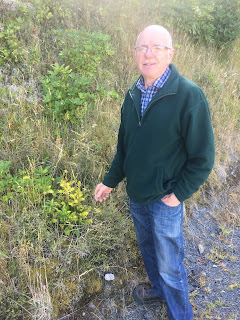 Special thanks go to Joe and Ann Cartman, who were the perfect people to answer all the obscure things I wanted to know about the ecology, plants, animals, and people of NZ, and who also took me to see a wonderful case study of the complexity of disturbed ecologies and the resilience of natives. 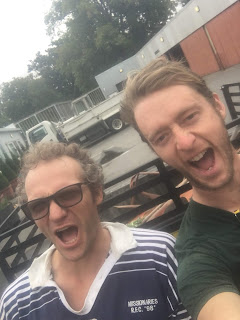 Hamish Brown is the current prez of the club who instils a supercharged combo of smoothness and energy into all happenings. He and I were not above hijacking the golf carts at the botanic. I am indebted to him for helping me during my hurried exit from the country to return home due to the virus. His family and growing style deserve an article on their own. 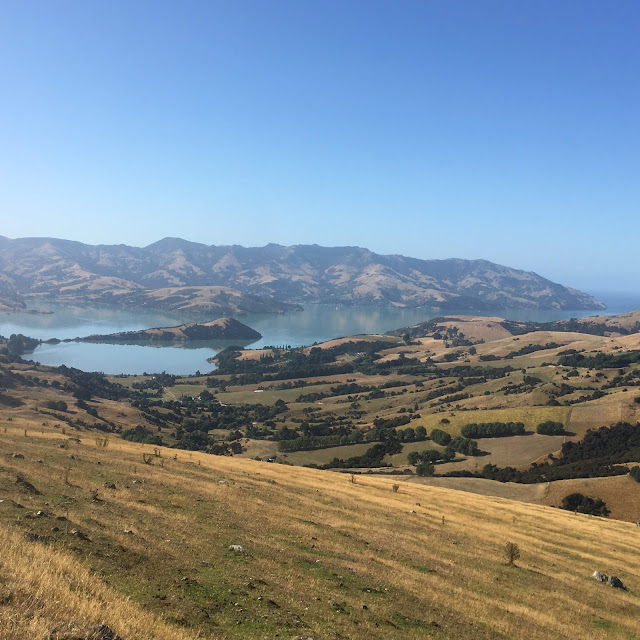 A bit on crevice gardening in New Zealand: Sand, rock, and climate.
For americans, it’s best to imagine a coastal California or Washington climate- Eucalyptus and pines thrive. Dryness happens more in summer, but proximity to the ocean means dry is never so extreme as the world’s big continents. There is also a mildness of winters and summers that is not unlike the UK.  Of course, the north island is even milder; (reminded me of the Carolinas) and the interior can be drier than the coasts.  Their Mountains- not small things- create some Mediterranean-dry places and valleys almost as cold as Western Colorado- where my familiar landscapes of vineyards and orchards appear.  And of course- the mountains are shouldered with a real montane weather, and peaked with true alpine.

Local Alpine gardeners have found that good old sand is an ideal growing medium for troughs, raised beds, and mounds, providing enough mineral nutrition without gravel fines, and not fatally drying out in summer. So this is what we used in the crevice garden on top of an old loam. 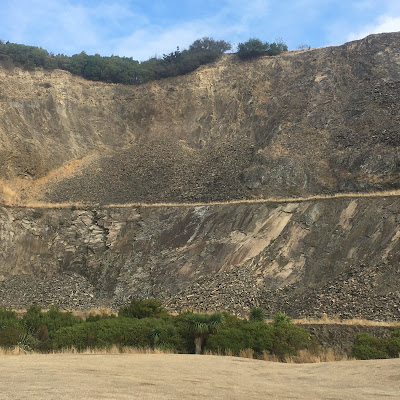 The historic Hallswell Quarry, source of our glorious rock. 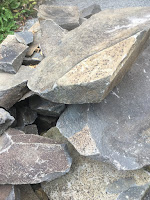 While sedimentary rock exists around New Zealand, and even a few outcrops of limestone, the place is mostly dominated by volcanic and metamorphic rocks clothed in acidic soil.  The Crevice garden was privileged enough to use the much coveted Halswel stone, which was used historically all over town, but is no longer quarried- the botanic had special permission to gather new stone from the quarry on account of being used to renovate something historical (the rock garden) and that both are council holdings. (The city government manages both the botanic and the quarry as open spaces/parks.)  Someone said our stone is an andesite; it really did feel and sound like a rhyolite I have used in Colorado. It slivers in irregular wedges characteristic of things like related basalt, which is what the large boulders in the rock garden are.  We used most of the 13 tons (12 metric tonnes) that was gathered for it. 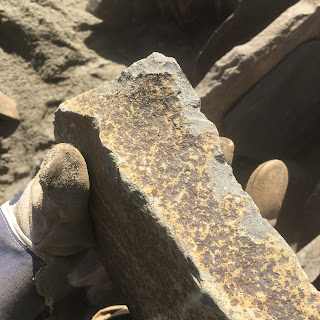 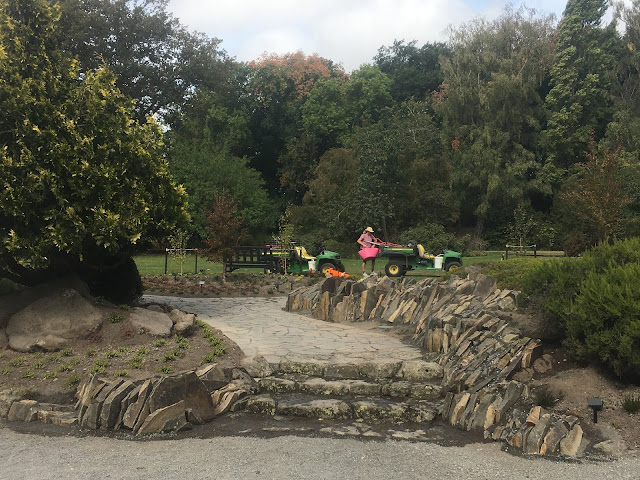 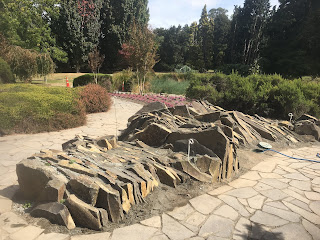 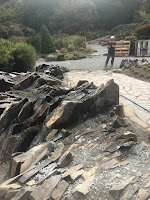 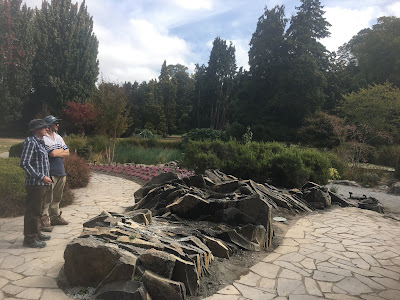 I can't wait to come back in a year or two and see what they plant, how things grow, and what they discover a crevice garden offers to gardening in New Zealand. 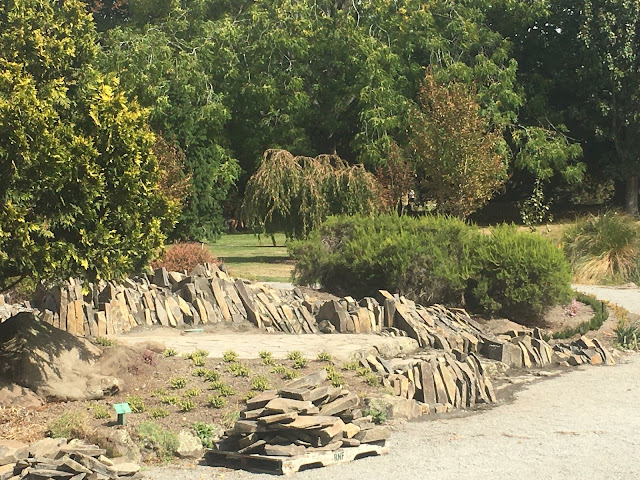 Time for a cuppa tea. 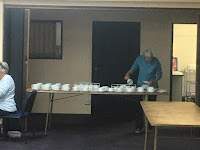 looks great, glad to have you home.

Honestly I wasn't really on board with the look until the last couple of photos, WOW! That's fabulous. And glad you made it home.

Gradually conquering the planet, one crevice garden at a time! What a wonderful place to practice your art! I hope I'll have a chance to revisit that great garden that you've just kicked a notch higher! Bravo, Genghis Seth!

Thanks PK for promoting them. And Thanks Joe for your help in Aurora; we're trying to figure out how to get that planted.