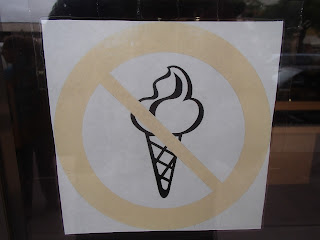 Is it possible for a plant to bloom too often?

Or be too tough?

Too much of a good thing?

Here are the three amigos who have proven themselves to:

-Bloom their stupid heads off all season.   (April-November, give or take a month)

-Prove to all be yellow and perennial, native (to the Western US) and are all members of the sunflower family. 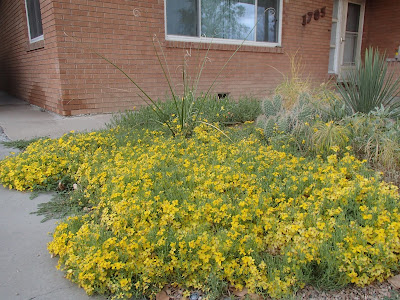 You've grown garden Zinnias.  We all have.  Forget what you know about them when meeting our native dude: He is not tall, but a few inches tall (5-10cm).  He is not annual, but perennial and lives for who-knows-how-long-many-years.  And he doesn't need water.    Best in sun, he takes part shade acceptably. 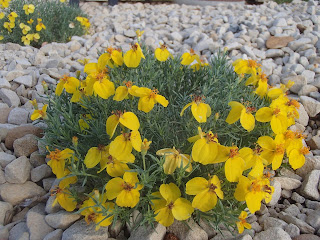 Prairie spreads underground by fine rhizomes, increasing its mat size significantly over the years.  Think 8-10 feet (2.5-3 metres) in as many years, and plan accordingly. This is not a bad thing, for it's diminutive height makes it play well with other plants, making an excellent skirt around tall stuff.  PlantSelect has recently promoted a nice form with blueish leaves, and making the species blessedly more available in retail.  It's a warm-season plant, coming up very late in the spring and at its happiest when you'd rather spend the daytime inside.

Don't plant Prairie Zinnia next to a Crevice garden, for instance, (yes, Susan, I just did that very thing) unless you want it to disappear under a yellow rug forever.  This plant is probably best used in large curb-appeal areas, next to sidewalks, et cetera.  Landscapes, really, in my opinion, as opposed to gardens.  Maybe even gravel driveways.  We're going to try that on Thursday. 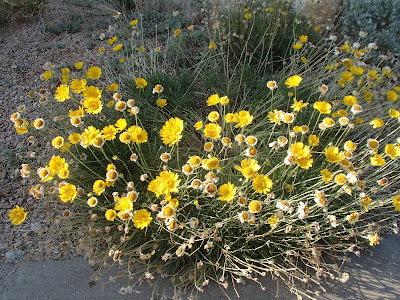 2.  Hymenoxys scaposa, in August, also called "Thrift-leaf Perky-Sue" .  It's other names include "Sunshine Daisy" and other invented stuff which is easier to pronounce.
Note the spent flower heads- it's been blooming since early-mid spring.  Next to a driveway, It gets a bit of extra runoff and access to water trapped under the concrete. 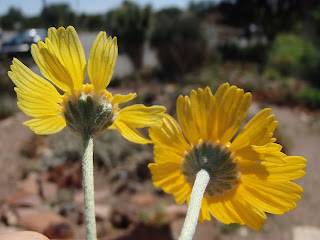 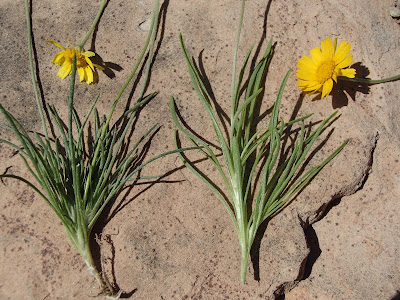 Hymenoxys acaulis, (left) which is pragmatically the same, tends to be a smaller plant and can be distinguished from H. scaposa in that there is little to no stem-space between the leaves, which are emitted as a bundle, making a denser, more bun-like plant.  It is native to the Western Slope and basically all of the Great Basin while it's sister, H. scaposa,  is a plains/prairie plant.

Both need to be sold more in garden centers.  Duh.


3.  Lastly, my favourite at the moment: Jone's Goldenaster: 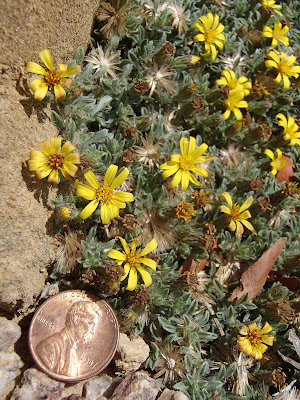 This bitty is no taller than an embarrassed creeping thyme, but ten times as xeric and more apt to be seen.  It is native around the Capitol Reef and Zion National Parks area of Utah.  Despite the diminutive habit, this bugger is actually a tiny, flat shrub, forming a wee woody trunk over time.

Lately, I've been enjoying how the plants have been attracting copper-coloured butterflies who are the same size as a copper penny.

Ready for a butterfly-chase diversion from the main point?
Turns out, they are the world's smallest butterfly. 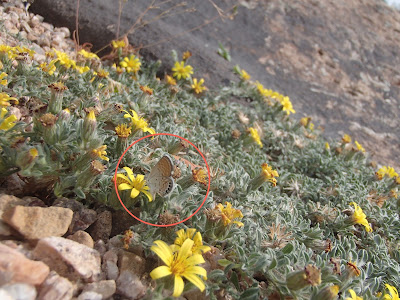 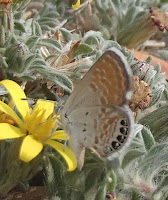 Brephidium exile is the Western Pygmy-Blue, with zebra-striped antennae and a cool name.

But back to the small plant- Heterotheca jonesii is really the cat's meow in it's cleanness and incredible performance as an unirrigated re-bloomer.  Old plants stretch a couple feet wide and I'm told that they may die back in a sandy soil without some water. 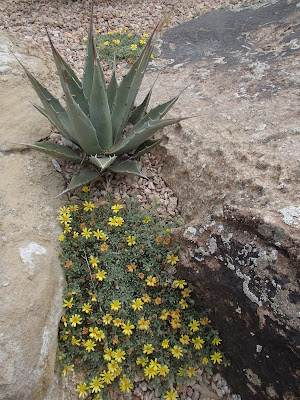 Here, I'm using it as a weed-preventer so that a person does not have to risk getting gouged by Agave parryi if weeds should appear near the plant.  Nowadays, it tightly hugs the base of the agave.

Please do yourself a favour and procure at least one of these three (and a half) golden jewelries to adorn your xeric garden.

Can attest to H. jonesii not doing well without some supplemental irrigation in sandy soils. I lost a very nice offering due to this. This post is a good reminder to beg another off of my benefactor.

Thanks for adding that. I should add, too, that I'm growing it in clay soil and near stones. No irrigation. Those differences must be huge. Your benefactor makes us all think hard about soil physics and its relationship to plants; his major contribution to horticulture...