Folks have said that they don't order from Plant Delights because they're expensive.  Quart pots range from $12-18 for most things, higher for the exotic stuff whose entire American population of that species is on a table in their nursery.  And $35 for such a plant is still not reasonable? How else will you grow you collection of outdoor palms in Colorado?  Be happy you can even buy it and it's not locked behind the beaurocratic bars of the plant zoos of a botanic garden- so many public garden are not allowed to share or sell plant material.

I am also sad to see LaPorte Avenue Nursery closing, which sold alpines for years at ridiculously low prices.  Someone who has the guts to complain about their prices in front of me had better have good health insurance to cover a broken nose.  Plant propagators, our friends, slave over mist tables and potting benches, at the most uncomfortable times of year, every year, have to climb ladders to re-skin their greenhouses and fix leaky boilers without your decent health insurance and we have the audacity to complain about a 2" pot being more than $4?  That's a latte you didn't blink at. How quickly do we forgive technology we buy that lasts less than a year and what, oh what hundreds of dollars, we were willing to pay for it at the time?

I often think Far Reaches Farm is similar to Plant Delights. Both hunt plants and  have botanical conservancies as beneficiaries of their profits.  They are also exceptionally good at finding, growing, and shipping amazing plants to your very freaking doorstep. That's amazing. Stop complaining and just hit the "buy" button.  Then, learn to water new plants and not let them die on your back porch, be less lazy about planting them as soon as they harden off in a week, and reap a lifetime of pleasure.

I want to take this moment to highlight some goodies offered by good people, and maybe publicly announce what I've recently bought.


This Eryngium kick is not ending; I'm insatiable.
Far Reaches offers a hilarious read on E. caucasicum, which has done well here with fantastic leaves. 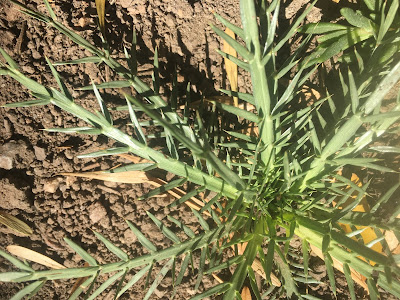 I also got Hesperaloe funifera ssp. chiangii from them.  H. parviflora keeps showing up more zones north that it ought to, and funifera has secretly been in Denver for ages; it's yawned at the occasional bad winter here: I haven't seen it's edge of hardiness yet.

Now that I've ordered it and the danger of creating competition is over for this coveted jewel, I can openly say that they offer Allium kiiense again, a fall-blooming east asian species, making pink puffs when yellow leaves hit the ground. They give you the pink autumn thrill of Colchicum without the bigass leaf-mess in spring. 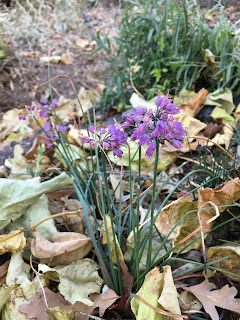 My first A. koreanum/thunbergii/who-cares-its-beautiful.
They grow in Colorado in part shade or with good water. Far Reaches actually offers several varieties of far- east fall-blooming Allium. And no, Far Reaches isn't all moisture-lovers because they are outside Seattle. Check out their Kniphofia. 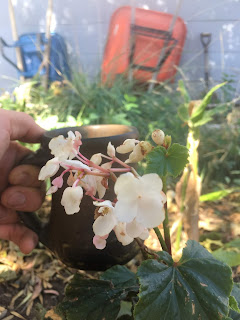 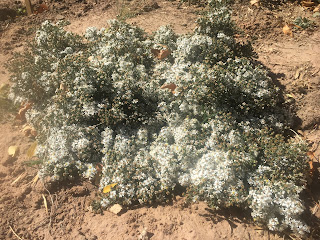 Furthermore, you know High Country Gardens.  It's fall and the Asters are covered in tiny pollinators none of us can identify that are probably essential for our survival as a species and we don't even know it. I'm on an aster kick, too, finally learning about them after a lifetime of ignorance.  Aster ericoides grows absolutely great without irrigation, has a structure and cleanness that most scrappy, wild sisters don't. HCG is having a fall sale and it's a great time to plant, in my opinion, better than spring, in general, in our climate.  (Except for warm season grasses and agastaches, and maybe Zauschneria.) Hey pollinator heads!  I just said "no water" and "pollinator" at once.  Let's get to work. There is a future of some kickass meadows you should buckle up for, or get left at home. 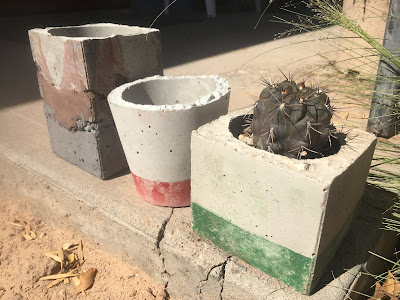 Since I'm in the mood for shameless (shameful?) plugging, I want to highlight a gem in Denver.  A handmade craft and houseplant shop called All Its Own, currently on West Colfax. Owner William hand-makes some super creative concrete pots, knows the pasts and people behind the individual plants and art pieces he sells at a modest price. This contrasts nicely with the trustfund-backed instagram-sham boutiques which are cloning themselves around earth (including Denver) whose people, God love them, are often afraid of scientific names and certainly have little concept of varied plant needs, meanwhile upcharging by 400%. (Not an invented number. I know where those plants came from!)  Long live All-Its-Own!

William's shop warms my heart, and the love and attention cultivates a nostalgic eternal pleasure of giving houseplants as gifts to friends.  And that's exactly what I like to do while patronizing his shop. He's friends with folks in the cactus club, and they planted up a bed in the parking lot as a cactus garden- a real member of the community.  His shop is the type of fun, local, spot with personality and truly unique charm that used to make Denver fun before the big Tech/Pot boom painted the whole town in modern squares selling modern squares and visited by modern squares. Anyone else remember the African Violet Shop that also sold canaries? Remember when people had their own genuine interests rather than being fed them by cell phone while they sit on the toilet? #instagramculture. We lost something when we gained something. Call me a crotchety old man already (#getoffmylawn) but I don't want to live to be an old man if complexity, nuance, and essence, are devalued and lost.

All the more reason to support specialists and stay the hell away from the plant racks at big box stores. 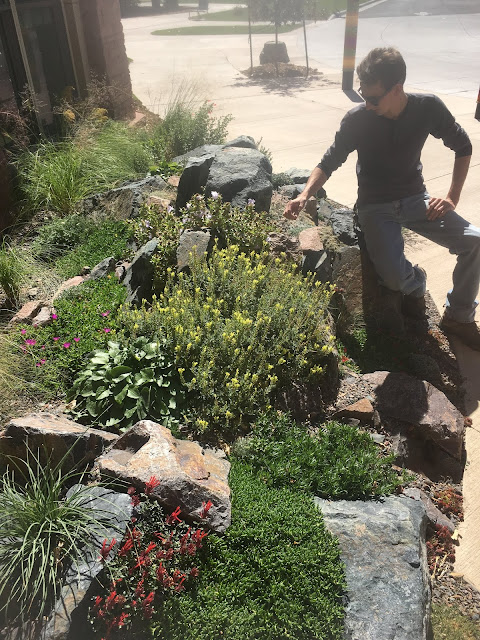 Life is short and the varied life with plants is a reason to live.

Drop a dollar before the earth drops you and smell the goddamn roses. Or Eryngiums.
Posted by Kenton J. Seth at 12:45 PM

I basically agree with your witty rant--but it's OK to haunt the box stores this time of years when they reduce the price of goodies to a dollar, dontcha think:

Is that Cheyenne BG's crevice garden in the last pic?

Yep, That's the east side of the Cheyenne crevice garden with their wizard indoor horticulturalist, Isaiah.