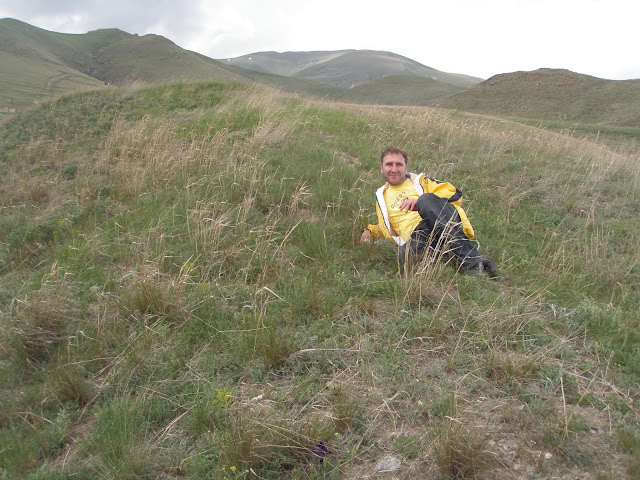 The Western friends of Zhirair Basmajyan, recently learned of his death on 17 August 17, 2019. I'll be honest and admit we are all curious what happened. Armenian news reported that Zhirair was at his weekend house (a small cottage like place where he had more space to garden, about 25 km from his home in Vanadzor) when he was visited by a 20-year old kid from a nearby village. The two got into a fight, leaving Zhirair stabbed to death. The kid burned down the house in an apparent effort to hide the evidence. Zhirair was 45. 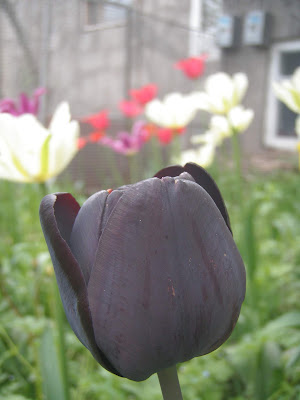 His nearby family that survives him are his wife, 10 year old son, mother, stepdad, and extended family of aunts, uncles, and cousins.  I am grateful that they are there for one another and to support his wife Alla and son Alen. 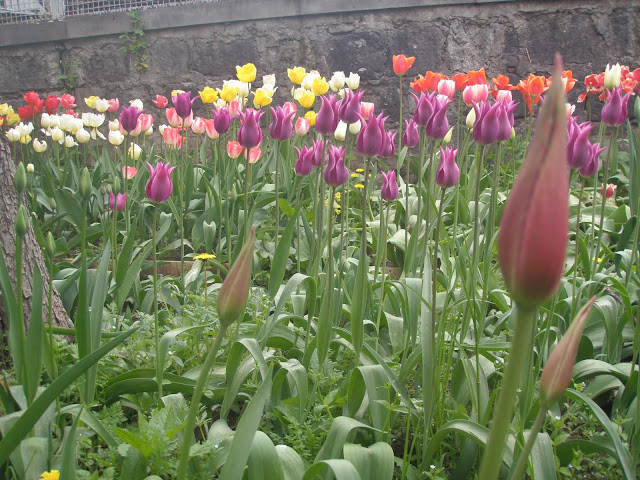 I met Zhirair through email, our correspondence starting about 12 years ago. We traded plant material and became close friends. I stayed with him a few weeks one spring in Armenia, which was very patient of him and family. We stayed in contact over skype or the phone. For a while, we kept up a tradition over skype that we had started in person: chats over greek coffee and chocolate. We hadn't talked much in the last year, and I kept thinking I needed to go see him again and I deeply regret not doing so.

Knowing Zhiro encouraged me to be a fearless traveler. He showed me a universal culture of generosity to host and know travelers. He was tolerant of people and their shortcomings in a way that is rare in even the old and wise. Yet he was a worldly man, quite aware of the darkest possibilities in humanity.  His autodidactic qualities and attitude made the education of the average privileged American look absolutely spoiled, weak, lazy and frail in comparison. He sparked for me an understanding of the complexity and nuance of nationalities and humanity, to shun oversimplification of history and prejudice. 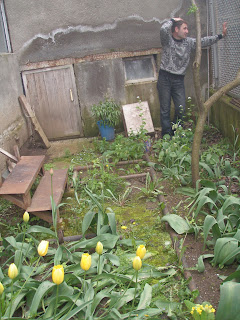 Zhirair was a massive genius. I often felt it juxtaposed against his ostensibly simple life in a medium-sized village in Northern Armenia, but he was not trapped: his life was very much a manifestation of his decision to live life to the highest quality of one’s preferences: he savored his plant collections, which were spread out throughout several family member’s homes and their humble summer cottage in Pushkino. He knew everyone in his community and had broad connections to people close and afar, quietly listening after striking up conversation with someone new he met. His home satisfied his need for immediate community, and his late night internet time connected him to the world- to many of us, he was an internationally famous flower bulb expert- if unknown  because of this humility.

He committed to a group of plants for years, rather than swinging through genera like most of us. He cultivated specific, sophisticated tastes for Tulips, Lilies, Roses, Fritillaria, Crocus, and others. He would gather a breadth of knowledge of that group of plants to its maximum.  He held a collection of plants, and especially tulips, that included otherwise extinct heirloom varieties, being dedicated to their preservation.

He cherished the Russian he was taught in school, having been raised in soviet times, for he knew that another language widens one’s access to the world. With his massive brain, he taught himself english, his initial reason being that he wanted to understand for himself the lyrics of Madonna. His english was incredibly good in person, having worked on the nuances of pronunciation and depth of vocabulary.

He was a little vain; enjoying fashionable but casual clothing. The Armenian culture strong in him, he subscribed to taking care of himself cosmetically, resisting the signs of age. Armenians are big on fashion and beauty; pot-holes in the streets don’t keep all the women from wearing the most recent fashion’s high heels, and they navigate them amazingly. He once had me send him hair restoration products that were not available to order into Armenia, and once, some shoes that were designed to make the wearer appear taller. He wasn’t ashamed- he owned this part of himself, articulated it quite illuminatingly, and I loved that. He said that owning lots of clothing meant he didn’t have to do laundry as often. 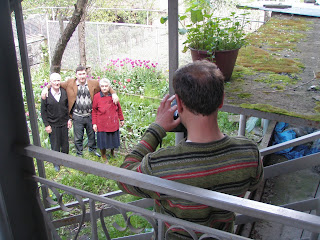 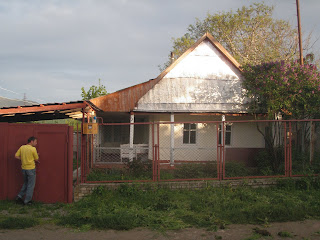 In his honor, I want to share and stress what we, his plant friends, can learn from him.

This one is huge: he discovered how to rid a tulip of the breaking virus. This is probably still considered impossible by many experts. It’s like an AIDS cure for tulips. This is how I understand it:  When the plant is in active growth, and it has a lot of leaf/flower, the bulb is small: the virus is often mostly pushed up into the vegetative top of the plant, and the bulb, while at its minimum size, can actually be clean.  The top parts are carefully cut off and the tiny, emaciated but clean bulb is taken to grow on to bulk back up to size over the period of several growth seasons to recover its size. This method makes it possible to recover rare varieties whose remaining cultivated stock are diseased. I don't think someone could have figured this out without the sort of intense observation Zhiro had.

1. Tireless persistence.
In cutting tulips to enjoy as cut flowers, he used a brand new razor blade for every cut, eliminating the possibility of spreading virus. He even sustained some nerve damage once by finishing digging his tulip bulbs on his last possible weekend to do so when the weather got to be truly nasty and cold.
He sought contact with hobbyists the world over- that is how we met. If it took patiently waiting for a person to come through with their agreement to help him get something done, he did: be it a postal worker helping him with plant import permits or a neighbor who traded him vines. He also always followed through with his promises, generously sharing incredibly rare plant material. He would remember the desires of bulb friends abroad so as to fulfill their requests when the opportunity arose, even if it was years later. He tried new ways of growing things are carefully observed the outcome.

It took a massive amount of work, every year, to dig his bulbs.  Many of them required a dryer dormancy than the place where they grew best. He knew which beds were most apt to be visited by virus-carrying bees and constructed screen-houses to protect them. He had to re-weed his beds each year, because he didn’t weed them during the vegetative phase, as bruising and brushing was apt to spread disease.  New beds he cleaned by hand, sifting the soil and removing every visible root. His bulb collection was spread across several family member's homes, including a garage roof and the weekend house.

2.Care for Detail.
He visited his tulip bed every day, cigarette in hand, observing every plant, looking for disease. He noted the size of bulbs between seasons to gauge how much they increased in that period. If there was so much as a bit of pollen that was a different color, he would notice. His attention was fierce.

These superpowers of his were only matched by the same in his character as a person. 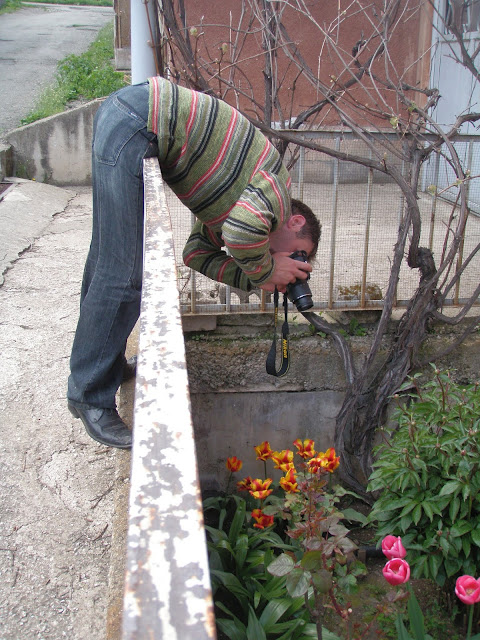 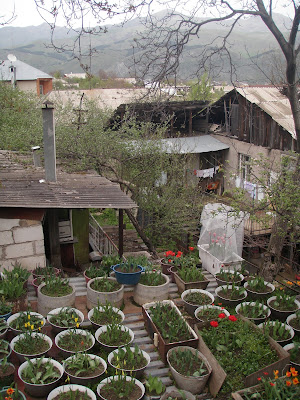 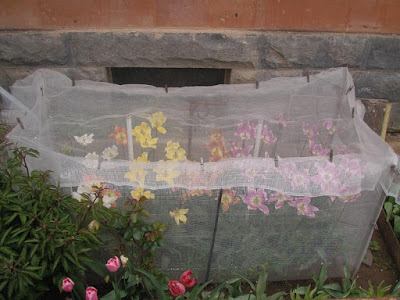 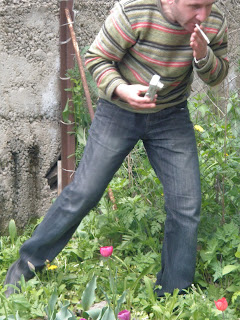 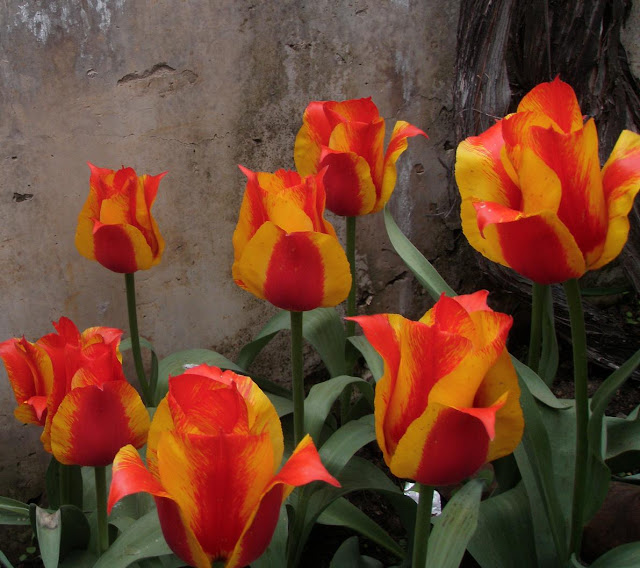 Some favorite quotes from him, often from late night conversations over coffee or long walks:

“I don’t mind crazy people. I love my crazy friends.” 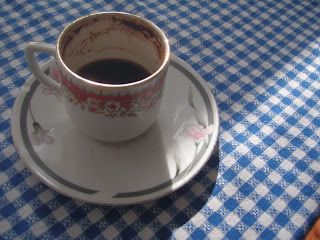 “You shouldn’t fight your complexes. You should make friends with them.” 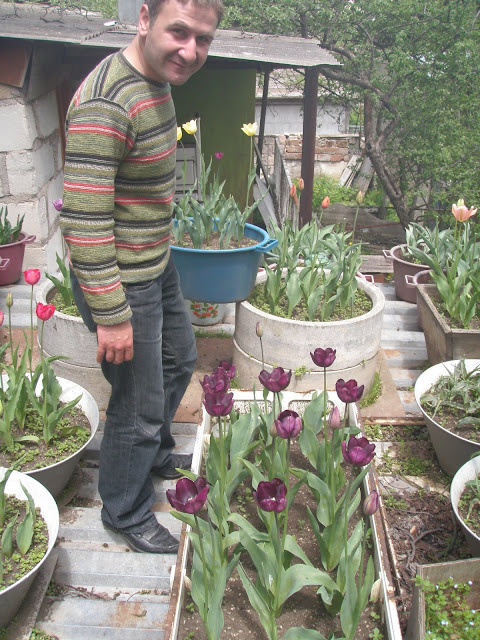 That is a wonderful tribute to your friend.

Wonderful tribute and what a horrible act of violence.

Thank you for sharing this about Zhirair. I am sorry to say I did not know him even just by the internet. Remembering those who loved him the most today.

Thanks for introducing him to Kenton. A remarkable man indeed.