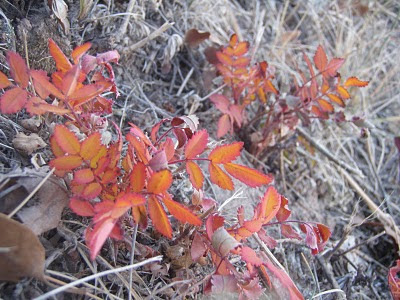 (Rosa (woodsii?) now in Roxborough State park)
Having traveled so fast and furious, I didn't write blogs about some things till long after they happened, so here are links back to them.
They are worth seeing; I drove several thousand miles to share them!
On the great Rockery collection of John Stireman in Utah
Wild spring flowers (this one is good) on Vancouver Island
The Top-notch Rock Garden at University of British Columbia, Canada
Posted by Kenton J. Seth at 11:22 AM No comments: 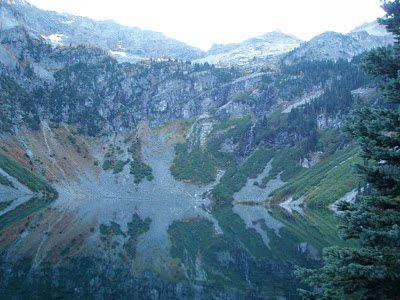 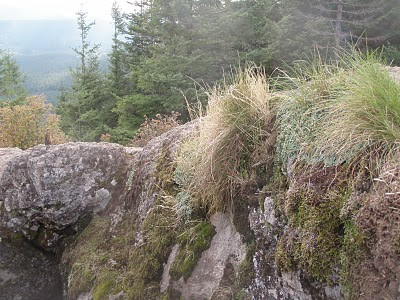 Penstemon rupicola grows along clinging grasses on Tiger Mountain, outside of Seattle. 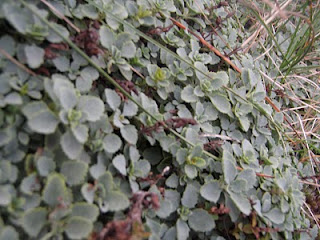 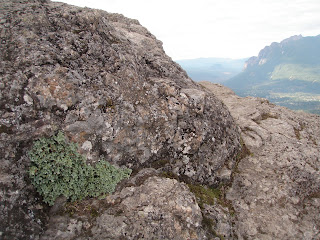 Same character, living up to its name. (rupicola: rock dweller) 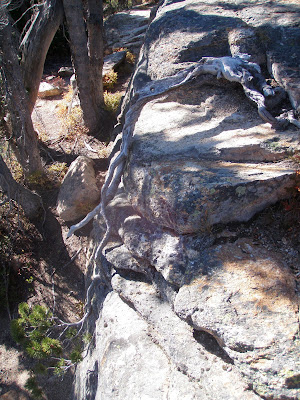 A "cascade" style bonsai is totally put to shame by Nature. 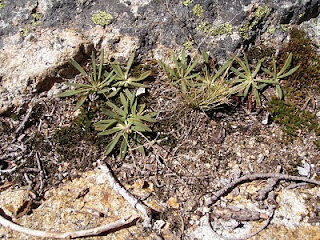 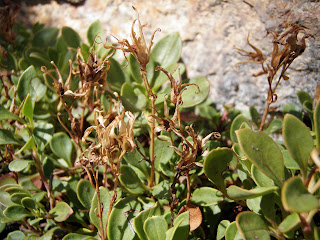 and, I should like to think this is Pen. davidsonii, which was the plant that got me started on this year-long-adventure-gone-mad. (I started out this spring going to UBC's garden to see a specimen I'd seen pictured.) A nice full-circle. 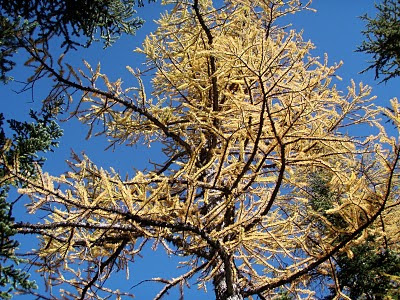 Larix lyallii, according to distribution maps. 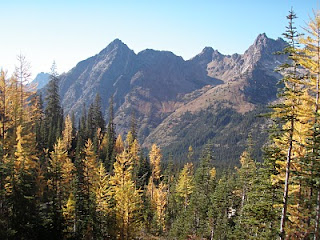 The Cascades as seen from a hike to Blue Lake. 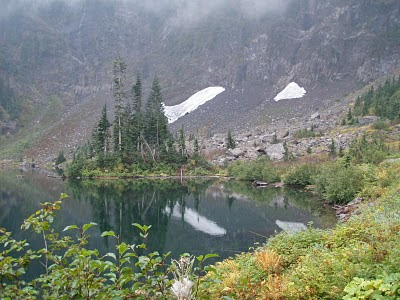 Lake 22, a fair drive outside of Seattle. 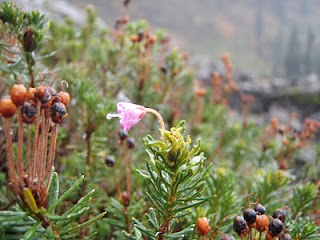 Phyllodoce sp. with an errant bloom in autumn. 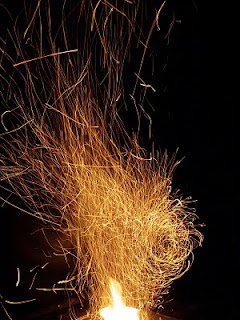 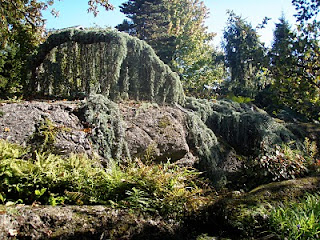 Abkhazi Garden, a historic private garden, now under the BC land conservancy. An excellent rock garden and general Rhododendron-et cetera path that makes use of (and respects) a natural outcrop of Vancouver-Island rocks. 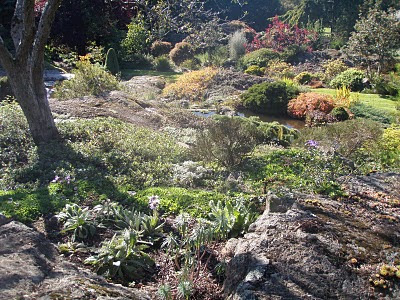 Abkhazi has a respectable collection of plants for the plant nuts, too. Mmm, the sweetness fo good design. 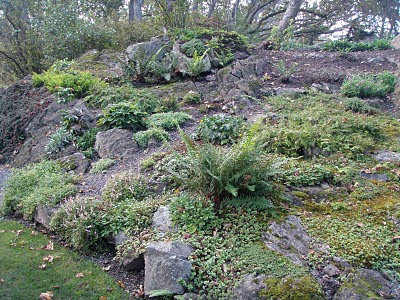 The Rock Garden in Beacon Hill Park. A gentle collection of plants on a slope that hugs a natural rocky outcrop and genuine Garry-oak stand.  True, the oaks shade it and limit the material possible.  But it is a peaceful place. 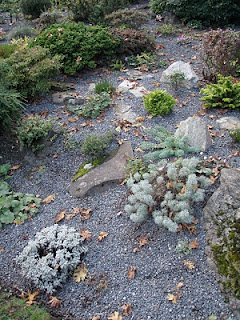 Looking at all these rockeries makes me realise that I like the rock-intensive crevice style better than the plant-rock plant-rock plant-rock style.  We all accidentally fall into the trap at one time or another (or another and another and another, in my case) of putting rocks and plants spread evenly over the surface. This is especially regrettable when a good topography is present. I don't even know how often I've caught myself doing this- now I have developed a complex that makes me allergically hyper-sensitive.
Even-ness in design and overabundance of pattern will flatten the effect and experience of the different elements, which are, in this case, rocks and plants.  A professor from art school, my god of composition, used to say "Even cancels out. Like equal sides of an equation- each becomes zero."  My friend Gordon says that this effect, so common in garden design, was once called the "Plum pudding effect" by Reginald Farrer, early British Rock Garden Author. No one knows what plum pudding is anymore, so I guess the design problem has gone unchequed...


{Update/Correction: Mr. Farrer's exact words were "The Plum-bun System," or, with spike shaped rocks "The Almond-pudding System," in contrast to "A More Tolerable" rock arrangement as he put it...}
It is important to resolve this because most viewers, people who are not plant collectors, will suffer the most from this effect because they are not distracted by the selection of plants. The solution is to exaggerate natural spaces, use varying sizes of rocks and plants, clump some and spread some, and maybe even leave some open ("negative") space. It takes great guts to do the latter- so few do. 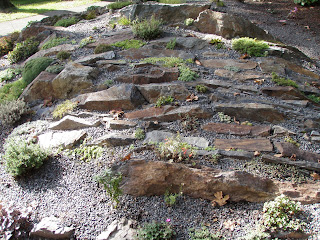 The crevice garden nearby (still in Beacon Hill Park).  Like childen: It's little but important. 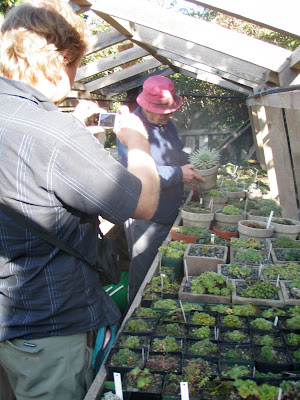 Rex Murfett showing off a fine S. longifolia in his Authoritative Saxifrage Collection in Victoria, BC. 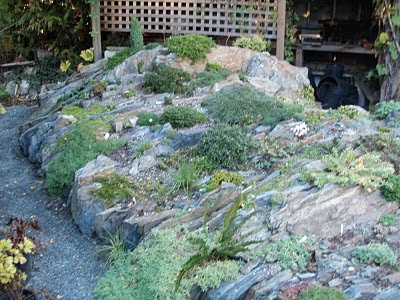 Ahh, a nice big, hulking (and artistic) Zdenek Zvolanek/Paul Spriggs design at Paul's garden.
I sat and studied this design for some time and have figured out some of its mysteries. There might be a blog about that when I have nothing better but rock blather to write this winter. 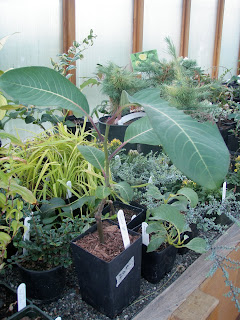 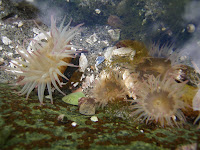 Tide pool detail on the coast of Victoria town.
Posted by Kenton J. Seth at 1:13 PM No comments:

Nature on the Front Range 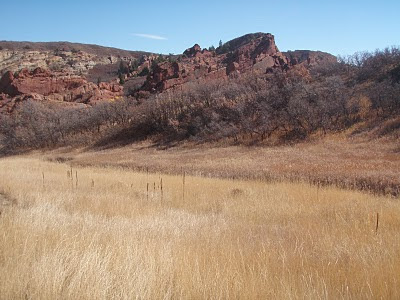 In the exploration of nature along the front range: Roxborough State Park, Southwest of Denver. I got a tip to go here by stalking Mr. Kelaidis on his blog:http://prairiebreak.blogspot.com/ 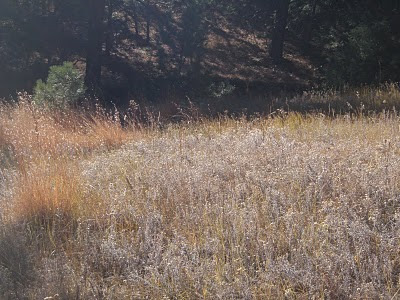 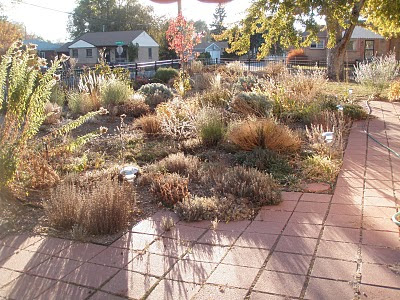 My friend's dry garden in Englewood, CO, a few days before the coldness and wetness of winter moved in. I will be new to snowshoeing...
Posted by Kenton J. Seth at 5:46 PM No comments: