Looking back 2018: Projects New and Old 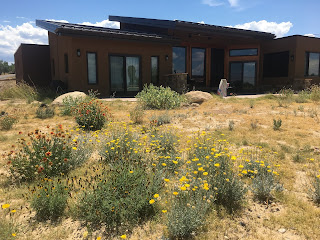 It's nice to look back at places you've worked hard on and watch that sweat equity spring from the earth.  A buffalo grass dog-meadow with wildflowers in late summer. 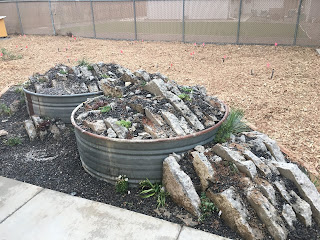 I did an unplanned, bonus crevice garden with concrete from a patio which was removed when the back yard orchard went in.  It's fun to work with that stuff, no intention of looking "natural," just using a free material to grow plants better.  Each horse trough (also a re-use situation...) has different soil. 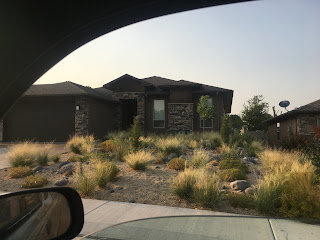 An unirrigated front yard, a few years old.  This is how I check up- drive by plant peeping.  I am that creepy guy with a camera driving by, slowly.  The kid-safe rounded basalt idea is thanks in part to Susan in the Pink Hat, who has totally killer rock garden photography on her blog this season, if you've not seen it yet.  (Click the link on her name, yeah, leave this one.  Worth it.) 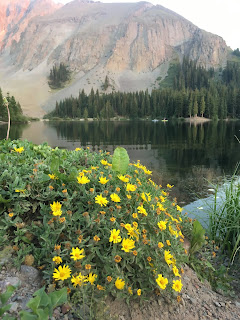 The Cheyenne Crevice garden begged me to find some previously ungrown plants- and I was lucky to stumble into Heterotheca (Chrysopsis, now) aff. pumila  while camping near a different job.  I got seed; we'll give it a shot. 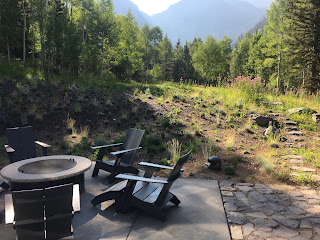 My buddy Scott handed the reigns of a designed meadow he did in Telluride; the vigour of the plants left something to be desired and a soil test revealed my suspicions- compost with too much woodchip was tying up the nitrogen. 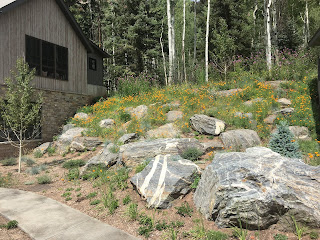 But the rock fell slope there is coming in well, Scott filled it with rock garden and mountain plants oversown with California poppies, which, of course, steal the show and have a field day in mountain climates. 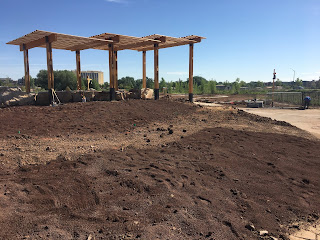 Then, to really finish my by out for the year, was the joint creative, collaborative hands- on project with Lauren Springer Ogden within her much anticipated living version in Gardens on Spring Creek of the "Undaunted Garden," named after perhaps one of the finest books about gardening in Colorado which has enjoyed a deserved recent reprint.

The "Garden of Eat'n"  vegetable demonstration garden there just blew me away, totally amazing.
Go if you haven't.

There were garter snakes in our 8.5 ton Rhyolite rock heap, and after we scattered the stone, it became full of toads overnight, all of which were all the size of half-dollars, except for Kingdaddy here: 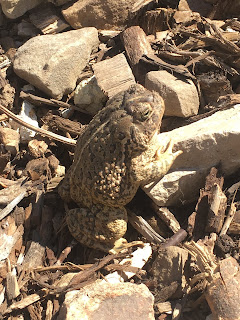 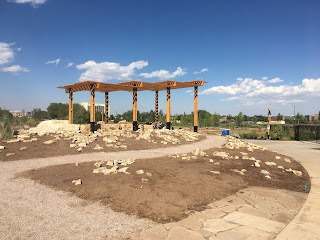 I've never arranged rock like this before,  and it was a perfect joint bouncing-ideas-between-us collaboration with Lauren, who felt that these amazing stones would be best set as though they flaked off of the stones above, as though they fell from a cliff, shattered, and were making their way down the slope in geologic time.  It meant leaning some on one another, not burying each one in half, and having some laying across the top of others.   In preparation, I studied rocks on slopes in nature for this.  Lauren made some arrangements which were so gorgeous- wherein it was easy to imagine them clunking int one another like a slow log jam.    It was a total hoot.  And both of our backs were wrecked afterwords. 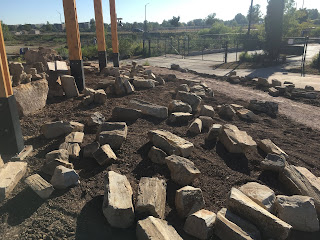 Laid out, but faces unchosen and not bedded. 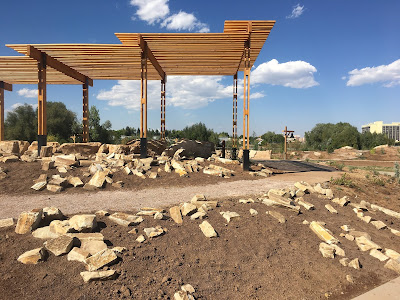 These are the backbone of the cactus section of her Undaunted Garden.  Imagine them interspersed with armies ("flash mobs") of mounding cacti like Echinocereus. 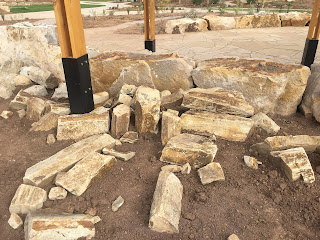 I particularly love this bit.  I learned from her to use the nicest face of each rock, something that admittedly I don't do in crevice situations- where form reigns supreme in order to get them all to knit together. But here, each stone has room to breathe.  And it is sort of a relief, artistically, after so many crevice gardens.