A new Crevice Garden in Vail 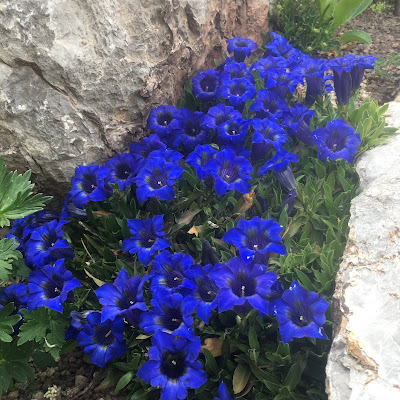 Many gardeners are deeply familiar with the small yet rich, dramatic, and beautiful Betty Ford Alpine Garden just off of I-70 in Vail, CO.

It was the first place I saw a crevice garden- a small, low feature, but it still stuck with me. 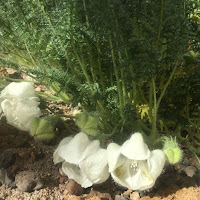 The stinging  Caiophora coronata in their alpine house.

Now, working for their curator Nick Courtens, I got to collaborate in putting in a new Caucasus Mts themed Crevice Garden. 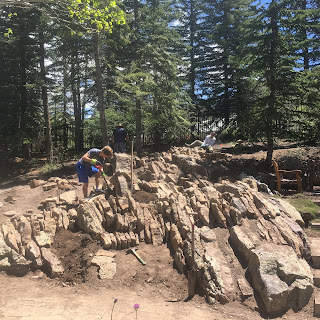 We used around 15 to 17 tons of surface sandstone harvested from far southeast Colorado.  We also used a silty soil mix with a little compost and a a lot of chipped gravel to help lock it into the deep crevices we created. The largest stones weighed a bit over a ton, and these were brought in by small front-end loader and mini excavator. A one-ton sandstone boulder is much larger than a granite one.

I tried to challenge myself in a few ways with this- to use forced perspective to make the garden appear even deeper and longer than it is by placing the largest stones closer to the main path.  We also integrated steps for a bit of a goat path that connects visitors to a small forested path up slope in back and the nearby Japanese-style contemplation garden with its iconic "floating rock."  I loved the "goat paths" in czech rock gardens which allow the able-footed to embed themselves within the garden. 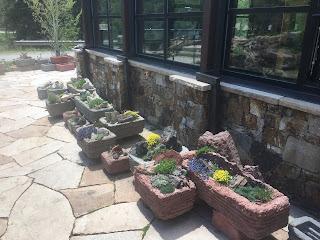 Our very mixed crew was wonderful, including Domenique from Colorado Springs, who provides the garden with its recent excellent sturdy concrete troughs (I have two Dom troughs myself) . His german background infuses him with a genuine european rock garden culture and we loved having his volunteer help.

In a similar effort to the Christchurch, NZ, design, here were were trying to incorporate a new exhibit into and existing garden, and so I used some similar strategies. We left large pockets of open soil between mounds to blur the line between crevice and open soil. We also created forms which look like giant boulders themselves so that there could be stand-alone mounds nearby and across paths that relate.  These softly rectangular shapes were inspired by the eroded rock itself, trying to suppress what might otherwise be the over-strong linear pattern of vertical crevice design in the context. 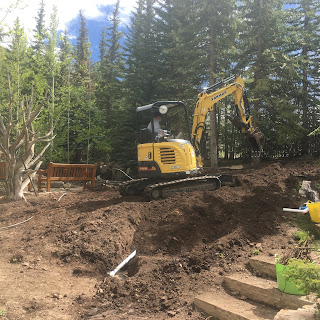 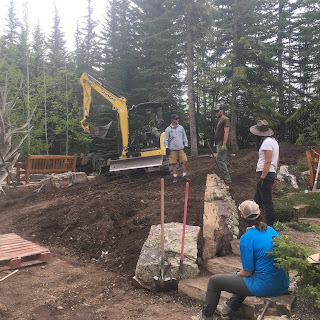 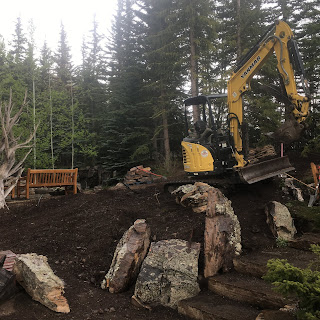 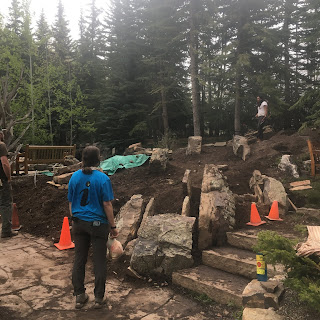 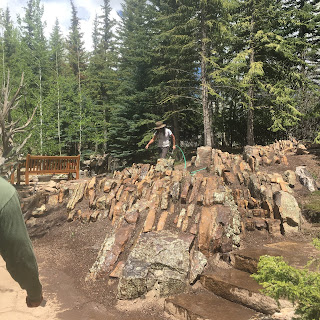 We built a wide variety of crevice sizes, from paper-thin ones formed by the mere texture of the rock, to 6" (15cm) wide slots.  Some are two feet deep. I expect for such deep crevices filled with a true silty soil, there will be wild settling next winter.

Of course, you can't put in a garden without hitting your main irrigation line and having to repair it.
And there must be at least one inconvenient rain. 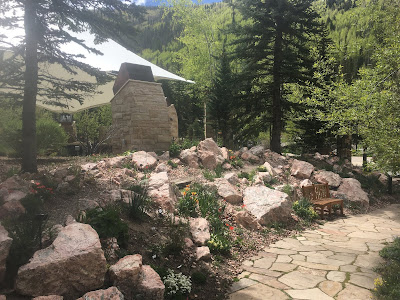 The Betty Ford already has a handful of Floristically regional gardens- South Africa, Silk Road, and Himalayan, for example.  The Caucasus are not the most fashionable places where seed is hunted and flowers are celebrated right now, but they have been in the past. The Caucasus is the epicenter of the richest diversity in the bellflower family. 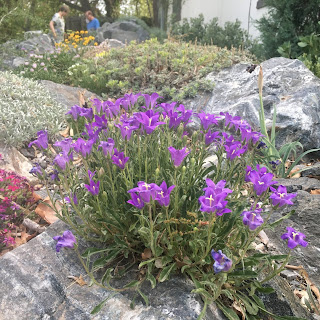 I myself even brought back Campanula petrophila seed from my time there exactly ten years ago.  I identified it using a volume of an old Israeli-translated "The Flora of the USSR" in the Denver Botanic's library. 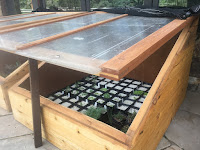 I expect Nick's newly implemented cold frames will provide the bulk of plants over the years for this garden.

Until then, treat yourself and visit to the ever-changing Betty Ford Alpine Garden.