An Update on the APEX Crevice: The Community Heroes Park 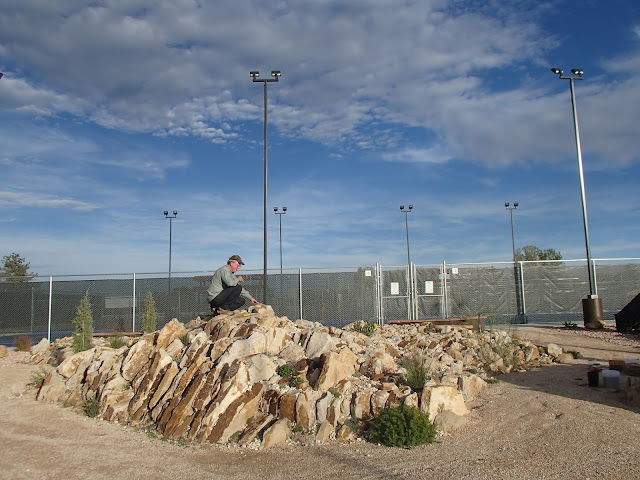 
The world's largest, or co-largest, crevice garden is filling in.

I am very excited to see the completion of the website, which was done entirely by a girl-scout for her Gold Award project, which was to provide interpretation for a public garden.  In today's age, this not only meant creating a physical sign at the location, {which she did, and very well} but a website with current information- and she did that, too!  A great deal of work went into it, and I'd like to point out that it has a plant list, as a PDF file, of the current plant list, which is currently at 210 taxa. Kudos to Carrie for her excellent work:

Weeds. We had a smattering of construction-site small weeds like knotweed, pigweed, and cutleaf nightshade, which were not scary at all and were easily evicted, this spring and summer.  A dry late summer prevented any new ones and sent the cactus into an early dormancy; which, after Denver's November 2014 extreme cold event, which dramatically damaged things all over the front range last fall, is not a bad thing!

Currently, the cool weather and snow has invited a smattering of Dandelions one of the few weeds to get into actual crevices, confirming Stephanie Ferguson's observation that a crevice garden's weeds are almost always tap-rooted weeds. But we've got sharp tools for that: about 20 Dandelions is work done in mere passing. 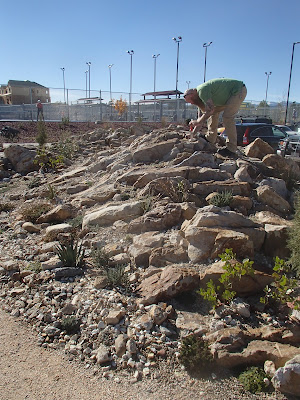 Bone amends the bald spot on top with Globularia cordifolia.

We did an autumn planting.  Greg, Linda from RMC-NARGS and Mr. Bone of DBG all jammed some future colour into the ground in the form of species tulips and autumn crocus, as well as some replacement manzanitas for the 3 of 8 we lost from the original planting.  I experimented by burying wild Manzanita dirt under our new plants in an effort to introduce soil life (like bacteria and mycorrhizae) which may help the plants prosper.  And Mr. Bone, ever obsessed with them, added even more globularia. 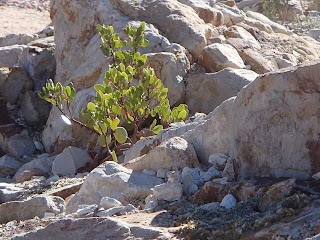 There has been much in bloom, and all summer. And even now.  We have our first re-seedlings of very welcome plants.  Townsendia 'Jeane's Purple' is claiming great territory on the open face of a mound, and Erigeron compositus is spreading like the strands of a berber carpet at the foot of the mound and even, welcomely, a bit into the path.

It was our intent to invite tiny flowers takeover so as to exclude weeds. 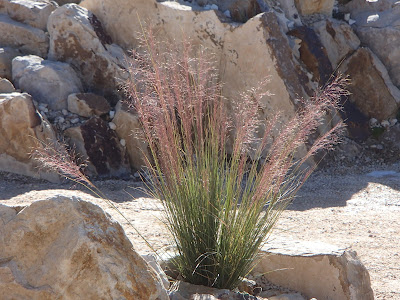 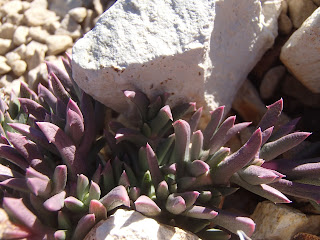 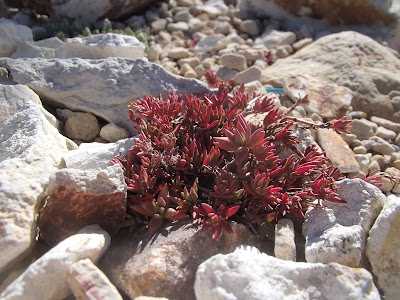 But are still usurped by the hardy Jadeplant, Crassula peploides. We'll soon find out if it's actually hardy here. 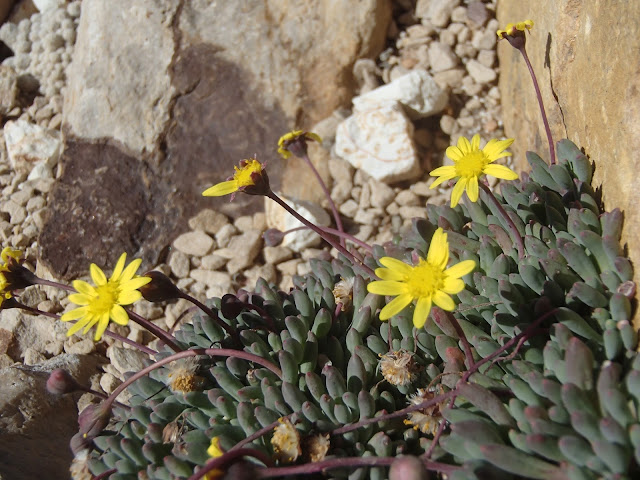