Pincushion, the Nazar: an unlikely encounter with Acantholimon 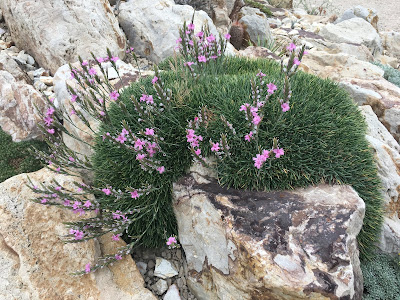 Acantholimon, basically an angry asian carnation, is one of the great pillars of the continental rock garden.  I'm even more fond of them because of how brilliantly they are doing at APEX, wrapping around rocks in the sexiest ways, and also because despite my being incapable of nursery-growing lots of "easy" rockery plants, I seem to be able to propagate these guys fairly well.  I've got dreams of propagating the blazes out of them so that every fool who doesn't have one will. 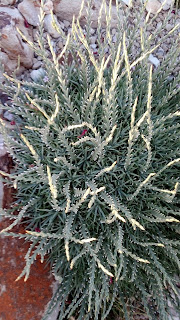 Even just in bud-spike, they are elegant. (left- A. halophilum)  Mean to the touch, but elegant.  Some folks prefer the tiny, sessile ones like trojanum.  I like all of them, especially easy ones which make magnificent round buns. 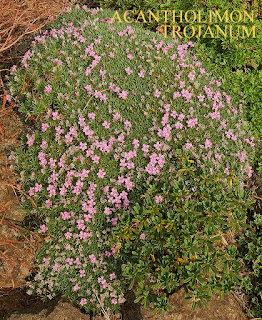 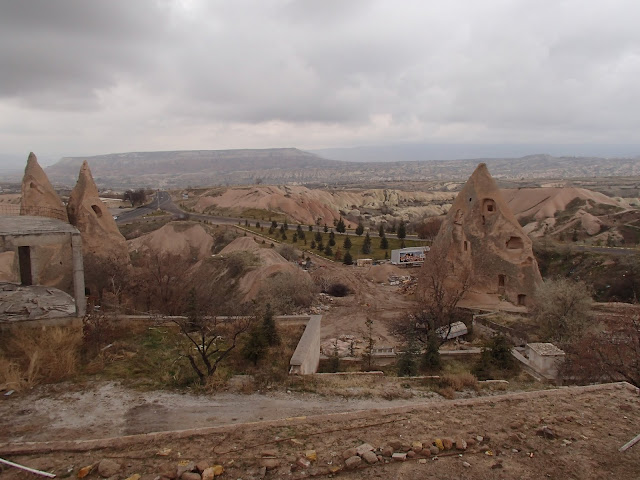 I spent Christmas 2014 in Istanbul.  It was fine. I forget I'm not a city guy, so I went on to Cappadocia (above)  to hike around for a week in the winter. 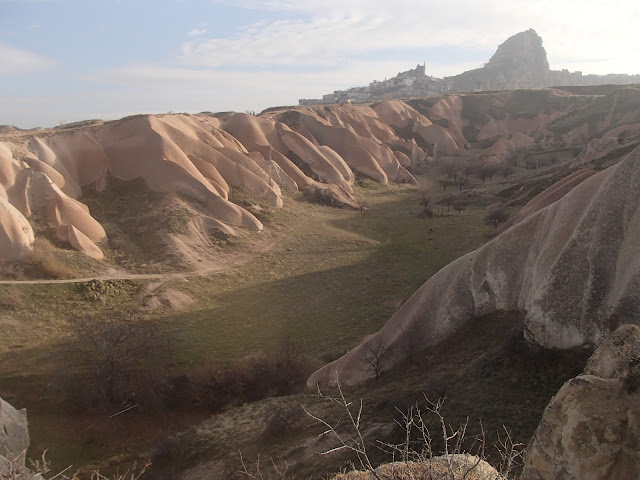 It's weird how much like home it looks- their tuffaceous hills look like our shale hills of the bookcliffs.

But mostly, rural/small-town culture is more my thing. 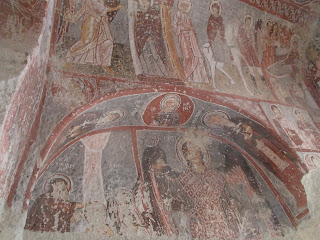 Also, Colorado doesn't have roman and byzantine ruins just littered all over the countryside, just everywhere, and ancient dwellings carved into the stone. They are so commonplace, they are used as barns and sheds. 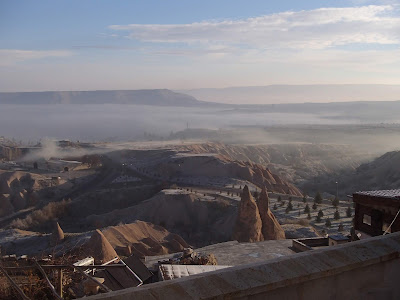 Frosty mornings were magical, especially when the famous balloon rides happened.  I stayed with a friend in Uçhisar, which overlooks the touristic town of Göreme.

All around the middle east, you'll see the nazar, sometimes called "the evil eye," a talisman to capture/defend/ward-off the malevolent. 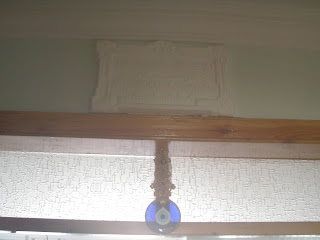 In Turkey, theirs is the "nazar boncuğu," (literally "nazar bead") 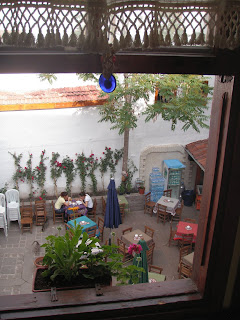 Not uncommon over doorways, windows, thresholds, even clothing.  Someone you know who went to the middle east probably gave you one as a souvenir. 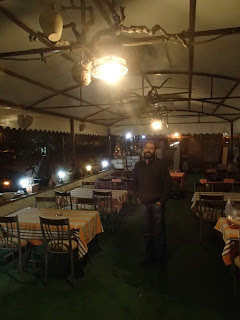 Most restaurants don't stay open for the off-season, but D'STİny was.  The name is wordplay, I think for Destiny/Friend("Dost").  They had Lahmacun, my favorite turkish food- it looks like a pizza, but you roll it around salad-like fixings and squeeze lemon juice on it. 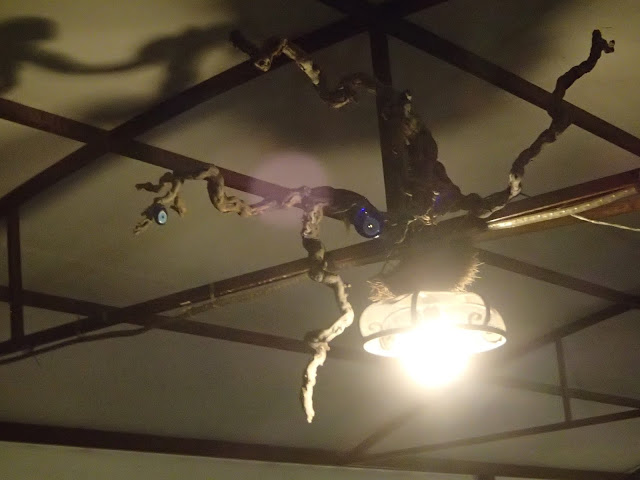 And I noticed something totally weird hanging around the restaurant in all the places where I'd expect the nazar. 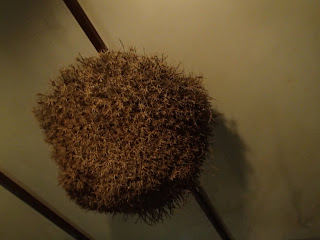 Is that a dead Acantholimon!?

The owner came by,  Mr. Yaşar Doğan, (a surname which means falcon, I think)  and we visited. Recalling our chat, I marvel at how good my turkish was then.  I could hardy ask for a bathroom now.

I asked about the plant hanging around.  And he told me a story.  He likes to garden and grow fruit at home, and propagate, apparently, for he was growing sapling fruit trees, I think he was keen to want to plant our more apple trees around his place, but as soon as he'd set out his precious baby trees, the rabbits would come by and eat them off.  Bummer.

He said that he observed how when other plants grew through Acantholimon in nature ( I don't recall him using a name or word for them), the rabbits didn't bother them.    (It's widely believed that a lot of the phrygana/tragancanth vegetation- "spiny ball plants" for the rest of us- are as prevalent in Asia and the middle east because humans and grazing cattle have been a part of the ecosystem for so very long that they have become prevalent and actually prospered  there as a result)

Well, so he started collecting the dead cushions of Acantholimons he'd find out in the countryside.  (Their nasty exoskeletons do tend to linger- Bob says that in the garden, when one dies, the best way to clean up the dry, thorny thing is just to light it on fire.)  Yaşar would pile up the dead cushions as protection for this new trees, and sure enough it worked to fend off the evil rabbits.

So, to him, the Acantholimon was as good a protector as the nazar, which lead him to hang the plants around the doorways of his restaurant. 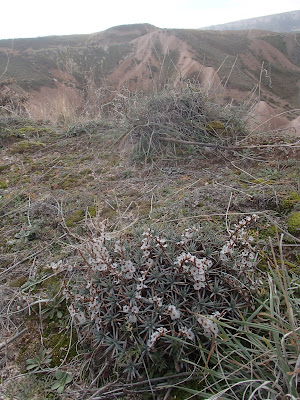 Sure enough, after a few days wandering, I found the local Acantholimon.
WHY ON EARTH DIDN'T I COLLECT THOSE SEEDS!? 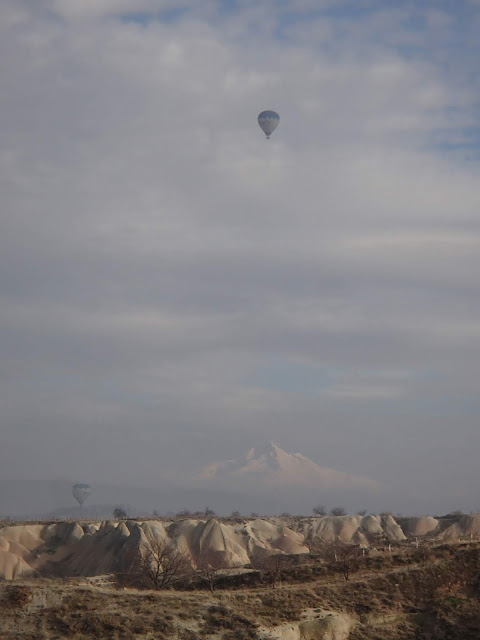