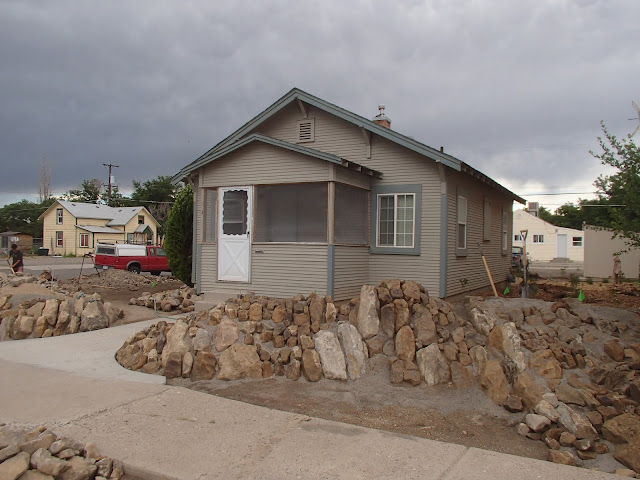 
We are mostly done with our current project.  We're installing it at a rental property adjacent to and belonging to Grand Junction's Community radio station, KAFM 88.1.  My friend Georgia ("Gardens by Genie") had the idea to connect the radio station {bemoaning endless war against the weeds on the property} and me {bemoaning that there was not a public crevice nor unirrigated garden in my hometown  of Grand Junction, CO.  The answer was obvious.  That my Paintbrush Gardens donated a multi-faceted showpiece garden.  It's a mix of education, experimentation, and shameless grassroots advertising. 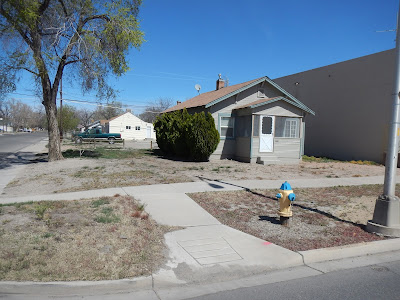 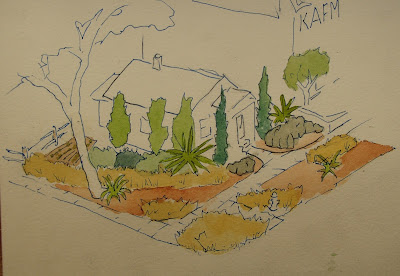 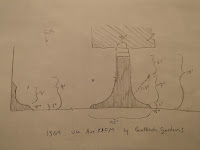 We had to start with a sidewalk to even get to the front door...

I figured that for future renters (it is currently empty) or the present volunteers/employees of the radio station, some fresh veg would be welcome, so a small 10x10' veg patch was the first thing to go in this spring and add to the palette of features in this garden.  It will be the only irrigated bit. One hundred square feet and one-hundred percent delicious. 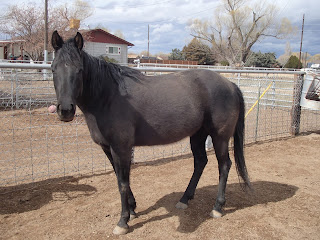 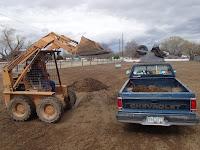 Was she called "Sooty" or "Smokey" who contributed the fertiliser to the veg early this spring?  Whatever her name, we are currently eating carrots while we work.  I guess I owe her a carrot, too. 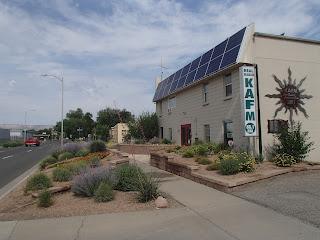 The radio station itself already has a lovely bit of landscaping- night lighting and all- originally designed by Bill Richardson of Dragonfly Gardens some years ago, and currently lovingly maintained by a station volunteer. 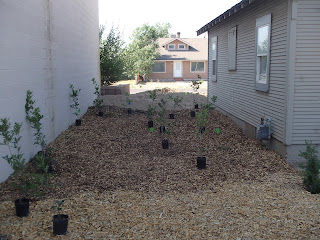 But ours is different.  It will have a native oak grove.  (Quercus gambelli) My pie-in-the-sky aim is to attract a towhee.    Ya gotta have goals.

The other thing the oak grove does is draw water away from the foundations and use it up to add a bit of shade to the buildings. 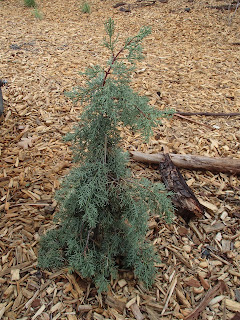 Cupressus bakeri ssp. mathewsii is rare in its native California, and threatens to not only survive here but get to be one heck of a xeric Christmas tree. Anything to replace all the dang thirsty Blue Spruce which are planted around town... 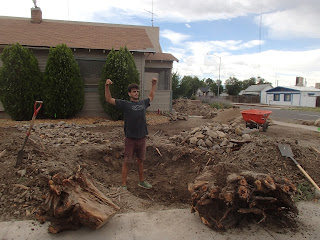 There was a perfectly good tree on the premises.  A Siberian Elm once dominated the corner. Let's say we decided it was ultimately in a poor place, would ruin the future landscape, and was being replaced by other trees which will take its role.  It was "transplanted," let's say. It was just easier to do that after it went through a chipper shredder. Now it's job is to keep oak roots happy until they form their own leaf litter mulch.

Ryan, my art school buddy, had the gumption (a-thousand-mile-walk-is-made-of-single -steps sort of thing) to dig out the trunk by hand.  Here he is in characteristic "I've just dug out a giant tree stump, what did you do today?" pose. Thanks Ryan.  With all those stones to set, I couldn't bear to look at a massive tree trunk. 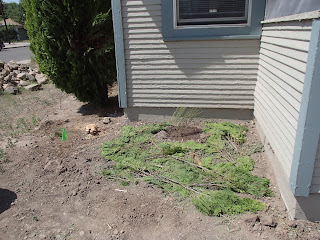 On-site recycling.
It's sad to take out something alive in such a barren place, but the ex-arborvitae became mulch for the green mormon tea which replaces it { and does not block the window nor pose a fire hazard}.  Elsewhere, twigs and stems are left for beneficial insects to nest in. 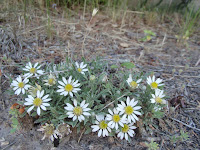 Townsendia incana
Perhaps the finest omen was that there is a native wildflower which had managed to establish itself before we started work on the place.  How an easter daisy, normally growing in the Monument gets to be on the dusty rough side of town, one can only guess.  Hopefully we can coax progeny to colonize the crevice garden. 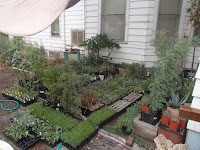 Hundreds of plants are still in line to populate the place.

Stay tuned or stop by to watch the KAFM rain-powered garden get started.
Posted by Kenton J. Seth at 12:51 AM 7 comments: