Posterior and ventral, or adaxial sides of flowers, that is. 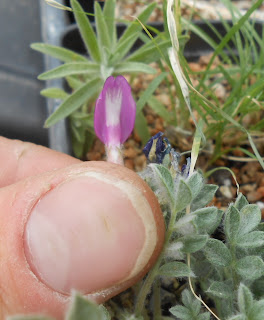 The backs of flowers have a lot to offer the viewer, like Astragalus purshii and her artsy white dot; it reminds me of the bindi worn in southern asia. 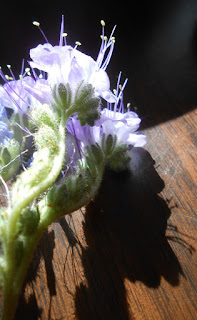 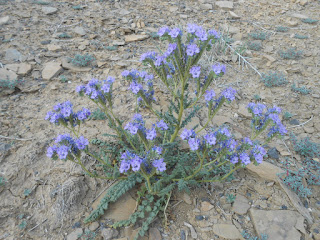 It's a widespread annual/biennial of the spring desert, as seen on Highway 50 between Delta and Grand Junction, CO. 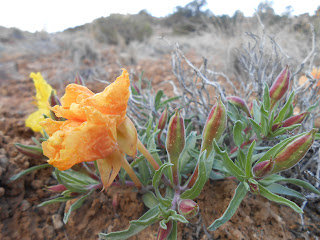 Sundrops are also having a good spring. Calylophus lavandulifolius.  (Little Park Rd, Grand Junction, CO) Note the harlequin-striped sepals that back these lemony flowers- and how those flowers shift to orange as they die.  A morbid-circus theme. Kinky. 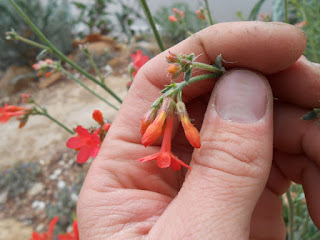 Gilia subnuda (Thanks John Stireman.) is my current heart-throb with whom I have my current eyeball-trysts in the crevice garden. It's species name means "almost-naked." That's sexy.  It opens pinkish red from ember-red, but don't miss the golden base of the tubular flowers as they emerge from green sepals. 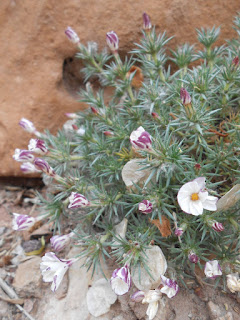 And a floral booty-check is exactly why I grow the night-blooming Watson's Phlox:  Leptodactylon watsonii.  She's less shy at night, when her flowers open wide and white.
Posted by Kenton J. Seth at 8:54 AM 2 comments:

- By winter.
Despite being in the midst of a glorious and flowery spring, I feel it honest and necessary to honour the dead of the last winter.
It was exceptionally cold, with a snow-protection-less streak of inversions, which brought havoc to the more tender plants grown in gardens in Western Colorado, and mine was no exception, but a sore demonstration.

Two collections of plants are concerned: marginally hardy Agaves (From Mexico and Texas) and Marginally hardy Mesembs form Africa.  The  naked truth of the matter is that most of these plants, which I've celebrated in prior blogs, are dead.

But some are alive.

And other things are very much alive, laughing at my folly.

So here's the run-down. Check NOAA or Wunderground if you want the gritty details of temperature; In mid-January some folks registered minus-teen-degrees-fahrenheit around Grand Junction. (-14F/ -25C)  It lasted for several days.  Plants which still looked normal through -4F, -8F even, were suddenly ostensibly dead.  Limp Agave Jelly, or Rare Iceplant Jam. 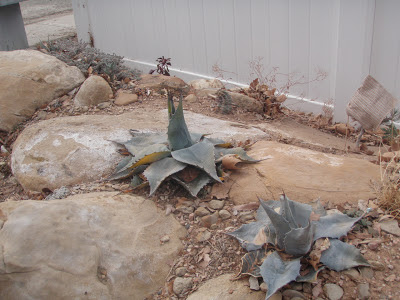 I really liked having two Agaves there, and so did passersby, so I've replaced thier melted Mexican memories this spring with the Agave species which clings to the cliffs of the Grand Canyon: 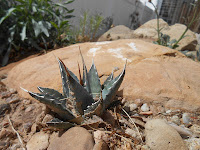 The Agave Score:
Dead:
A. ovalifolium
A. palmeri
A. havardiana (suprise, sad suprise)
A. lechuguilla

Alive:
A. utahensis
A. neomexicana
A. palmeri

But what about everything else?  The Buckwheats, say, or the Milkvetches?  Perfect.  Untouched. Of course.  But they are better appreciated alongside dead colleagues. 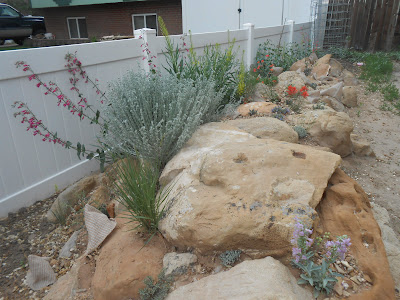 The "take-away" (to jump on a current buzzword) of this is that natives rock, and keep rocking. 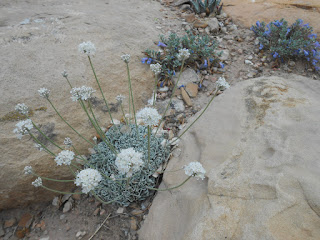