The self-caging Buckwheat who loves a view 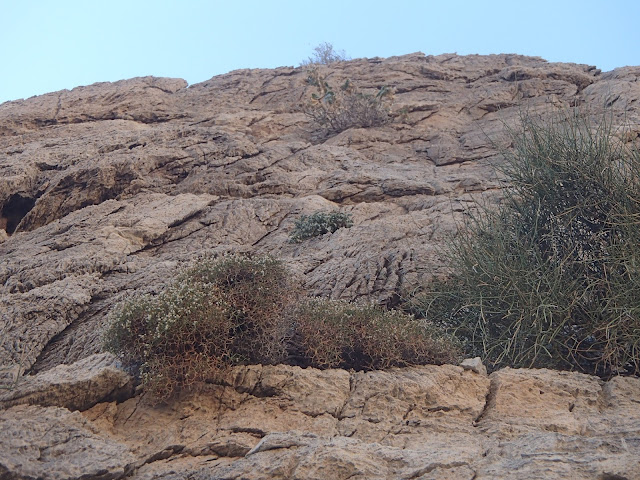 At a distance, and from the wrong angle, Eriogonum heermannii (var. sulcatum here) is an ugly scrapper of a native.  You may first notice it by pricking yourself when scrambling up a slope to look at something more obvious, like that Penstemon petiolatus above. 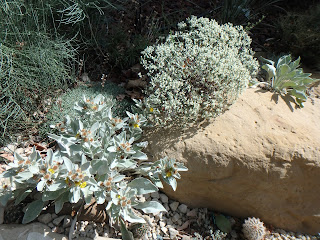 But this fantastic woody buckwheat has a small cult following of rock gardeners. 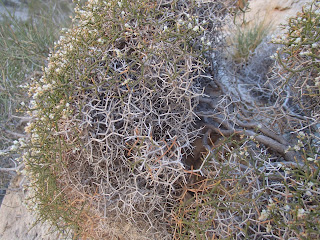 It's the inflorescences- like barbed wire studded with pearls of flowers- which grow and branch and layer on the outside of last year's growth, while the modest leaves are produced safely on the inside. 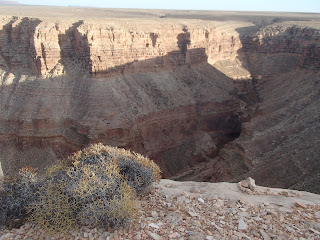 You will find it in and around the Mojave desert in rocky places, and I've never seen it not sitting directly on or in cracks of limestone. 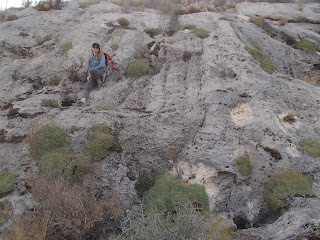 Our friend, Susan-in-the- NARGS- hat among Petrophytum caespitosum and E. heermannii From our botanizing trip in November 2016 on the NV/UT border; thanks for taking us there, Susan. 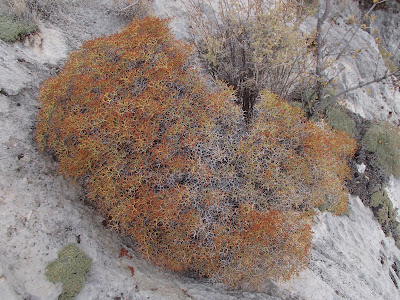 The attraction to this plant is not purely in form, but winter color, too. 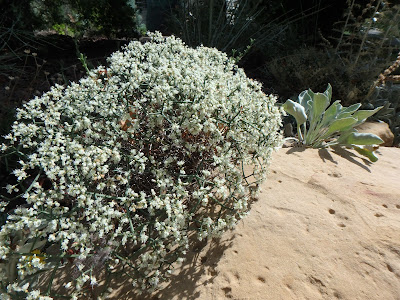 Is it a garden plant?  Not Enough!

I look forward to trying it unirrigated, as it seems a likely candidate and is just getting better with age in my monthly-watered clay-bottom rockery.  Mine was a glorious little desert puff cloud of flowers during the peak heat of summer throughout August.

Where can you get it?    At least three ways:
1. Go camping in the mojave in winter, or
2. By joining the Eriogonum Society and requesting seed (eriogonums are generally very easy where rock garden seed is concerned) or
3. From Alplains, whose description of it must be quoted; remember he has been a professional plant hunter in America for decades:

"My vote for the most bizarre member of this genus... interwoven zig-zag stems... turning bright rust colors as they age."
-Alan Bradshaw
Posted by Kenton J. Seth at 3:06 PM