A Flame in the Tinderbox: Crevice Gardens in California (and Earth, Generally) 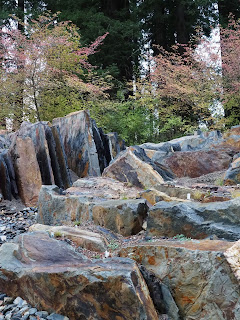 Photo: Michael Uhler
Forced by writing a book on crevice gardens, I started to think about crevice gardens in all climates, which highlighted where they are (or would be-) most useful. The things that make them powerful- biodiversity, recycling, and microclimate creation- have different weights in different places.

Most of this thinking was informed by watching them take off here in Colorado. So, to myself, I predicted the next hot spots: California, because of its longer history of water-use awareness, native gardening, and a big population of gardeners and plant collectors. Then Arizona- one of the recent fastest growing suburban places in the west, but very limited in water. They have an established “desert” aesthetic that liberally embraces new hardscape styles. I think aesthetics may be a big driver there. Then perhaps Texas, with its amazing natural biodiversity and its own gardening identity.

What I am more blind to, like a typical american, is the rest of the world. The Japanese have a perfect score of adopting something and elevating it into and art and science, while putting their own stamp on it: Aquariums, cars, whatever. A genus of plants is a genus of plants- like Morning glories or Chrystanthemum, until it goes to Japan. It comes back an entirely different thing. They just have a culture of honing, dedicating, and perfecting skill. Can you imagine what they will do with crevice gardens? They’ll leave us looking like cavemen. Get ready to be an old hat.

I think that crevice gardens (can I just call them CGs now?) will continue to fill in within the intermountain West, Midwest and eastern US, where they are already scattered. Same for the UK, Canada, Ireland, Scotland and New Zealand, places all within the well-connected english-speaking rock garden world. I don’t know much about CGs in Australia yet. CGs have been around western places a while and will steadily grow. Same for Europe. But South America, Africa, middle Eurasia, and all the islands- I have only the vaguest of guesses. I think we’ll see isolated and adapted use of CGs in tropical places, since chasmophyte plant forms can shift seamlessly into epiphytes there. The middle east could be incredible- it’s already a strong influencer connected climactically to Arizona and Mexico.

I don’t know enough about China to know when and how things will develop there. The most populous country on earth, I’m sure it will be big. The second biggest? I’m afraid to betray my own biases, but I don’t expect anything big and soon in India. I have no doubt private gardeners or isolated innovators and geniuses will create amazing things, but the country as a whole suffers from a lot of status quo and a glut of sinecures (easy prestigious jobs with high pay and little work or skill). All the public gardens I personally saw there unfortunately suffered from that weight. The hashtag #rockgarden in India is saturated with narcissistic teen selfies at Chandigarh.

I also guessed that Turkey was deeply unlikely to see crevice gardens anytime soon- and boy was I wrong. I lived one summer in Turkey, so the place is a certain home to me. The first public CG is at the Nezahat Gökyiğit Botanical Garden in İstanbul. It’s big, and they feature turkish endemics in a sophisticated way. Then, in SE Turkey: Antalya’s Mediterranean University reached out to Paul and I to build one in marble, no less, but the plan was snuffed by the pandemic. 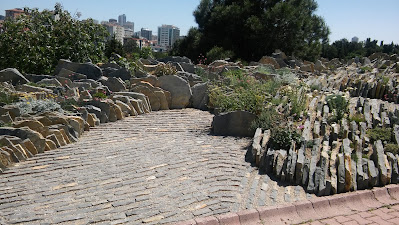 But I’d like to swing all the way back to my first prediction: California. I was keeping my ear to the ground when Panayoti was the first to let me know it was happening.

The Tilden Regional Park, on the foothill-ed edge of Berkley, CA, specializes on California natives, honoring the most floristically diverse state in the union. I was generously filled-in by gardener/builder Michael Uhler and director Bart O’Brien there about their project. In the last two years, they’ve set tons of a glorious rock they call “Mariposa Slate.” They have taken a slow, focused and deliberate approach to maximize and leverage the best of what a CG can do to grow specific plants. Let’s be frank- most of us build something cool and see what we can grow in it. They have taken a more thoughtful path with a focus on Sierra Nevadan alpines. Here is a link to a preliminary newsletter article on it.

The next issue, Vol 25:1 (2021) will feature a meaty and wonderful article by Michael about the whole history of the crevice garden and a deep look at the plants it was designed to host and their origins. 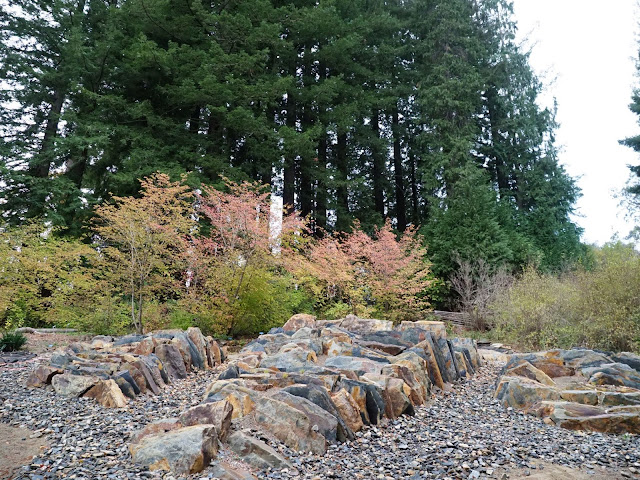 Bart says that there are now at least three private crevice gardens that were influenced, spurred, or otherwise affiliated with Tilden Park project. I am reminded of the time when Denver Botanic’s Mike Kintgen put in the first two at Denver botanic. That was the spark that ignited interest in Colorado and well beyond.

I am holding onto my seat and grabbing for the seatbelt to see what is about to happen in California.

Kenton, your post is so exciting and articulate! I can hardly wait to get my hands on your book. Kudos and and congratulations!
Eve